Caring For The Community

We provide dementia care support to the elderly 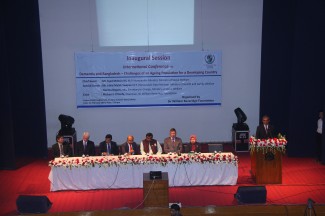 With the world’s population increasingly living further into old age, diseases such as dementia are set to become more prevalent. The appropriate care of people with this distressing condition across the world is patchy; even getting an accurate diagnosis is very difficult never mind receiving appropriate treatment and care. Yet it is a condition that can place great strain on health and social care systems particularly hospitals where most people with the condition will be sent, as there are no other alternatives. The Foundation’s work on dementia care in Bangladesh is groundbreaking and as well as raising awareness of the condition, the aim is to establish a necessary knowledge base and extend care and treatments across the country. The vision is to establish a number of dementia clinics over the coming years in different areas to help deal with the diagnosis and care of people with this very distressing condition. These clinics would then act as a platform for spreading this approach into other countries.

Bangladesh figures: The World Factbook 2011 (published by the US Central Intelligence Agency) states that health expenditure in Bangladesh stands at 3.4 per cent of GDP (2009). The density of physicians stands at 0.295 per 1,000 head of population and the density of hospital beds is 0.4 per 1,000 head of population. Around 40 per cent of the population live below the poverty line and there are over 7 million people over the age of 65. The figures quoted above indicate that structures in Bangladesh are not equipped to deal with the health needs of the general population and particularly the special needs of vulnerable elderly people. There are currently no reliable figures as to how many people in Bangladesh may be suffering from dementia but it is likely to run into hundreds of thousands at least and when multiplied with the number of family members who are very likely caring for someone with the condition then it runs into millions – it remains a hidden problem with very little knowledge of it and its treatment. The World Alzheimer Report 2011 majors on the importance of early diagnosis of dementia and that this is achieved, it says, through “access to information, advice and support and access to a pathway of effective treatment and care from the time of diagnosis to end of life care.”  It is precisely this desire that the Foundation is seeking to address with this proposed dementia project in Bangladesh and views it as an extension of the care that it is already providing to people through to the end of their lives.

Socio-econmoc Condition and Dementia Situation of Older Person in Rural Bangladesh-Presentation on the study / Research. 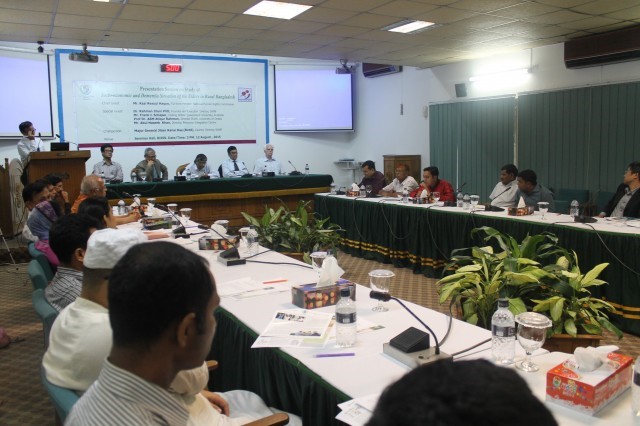 On 12 August 2015, a seminar was organised jointly by Sir William Beveridge Foundation and Ageing Support Forum of Bangladesh to discuss the findings of the research on the subject of “Socio-economic Empowerment of Rural Elders and Dementia” at the main seminar hall of the Bangladesh Institute of International and Strategic Studies (BIISS). The research was conducted with participation of over 1000 elders in the area of Kulla Union of Dhamrai sub-district of Dhaka division. It was discovered that the number of elderly dementia sufferers were lower in the villages in comparison to city areas. Elders living in village areas are generally found to be more physically active. It was also found that the daughters in-law of the families act as the main care givers. If economic security could be sustained for these groups of elders, they could remain in better condition physically compared to urban elders. Mr. Kazi Rezaul Haque – Full time member of the Human Rights Commission of Bangladesh, acted as the Chief Guest at the seminar. It was attended by Rahman Jilani Ph.D, Founder and Executive Director of Sir William Beveridge Foundation, Frank J Schaper – a fellow of Queensland University of Australia, Professor Dr. A S M Atiqur Rahman of the University of Dhaka, Francis Wong- Regional Director of World Alzheimer’s International, the Additional Deputy Commissioner of Dhaka. The delegates also included over 100 individuals from vaious backgrounds in Gerontology, Health Professionals, Journalists and other News media professionals and representatives from various NGOs of the country. The occasion was conducted by Major General (retd) Jiban Kanai Das – Country Director of Sir William Beveridge Foundation. The entire findings of the research have been presented by Dr. Masud Ibn Rahman- Secretary of the Ageing Support Forum.

What We Care For! 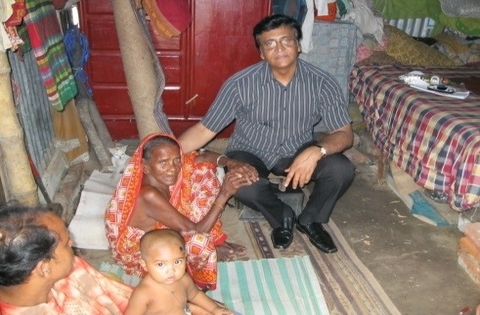 DACB started research programme in urban and rural areas to develop a database of Dementia affected person in Bangladesh. 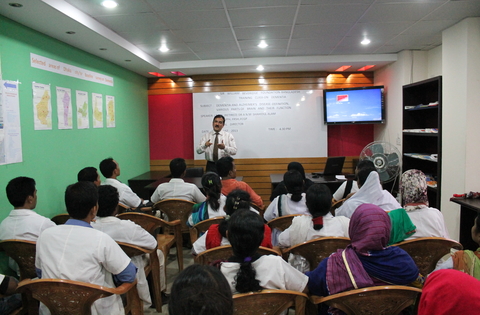 Providing dementia care training Alzheimer’s Associations in Australia as well as by their experienced tutors in Bangladesh. 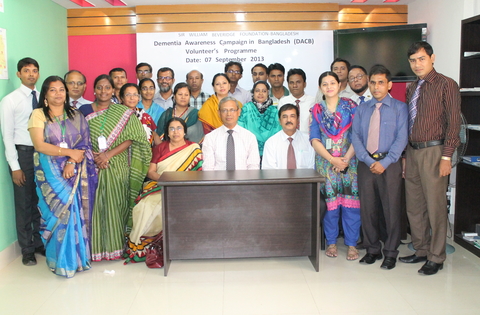 The first batch has been trained, equipped with information in the form of leaflets and newsletters and deployed in a number of districts 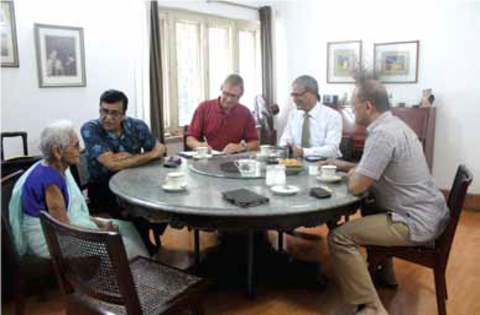 Mrs. Shamsun 94 years old is suffering from Dementia. She had been taken dementia care consultation from our specialist. 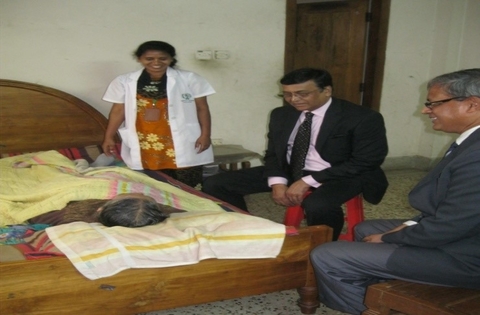 Providing proper dementia care support to an elderly with the presence of Executive Chairman & Country Director of SWBF. 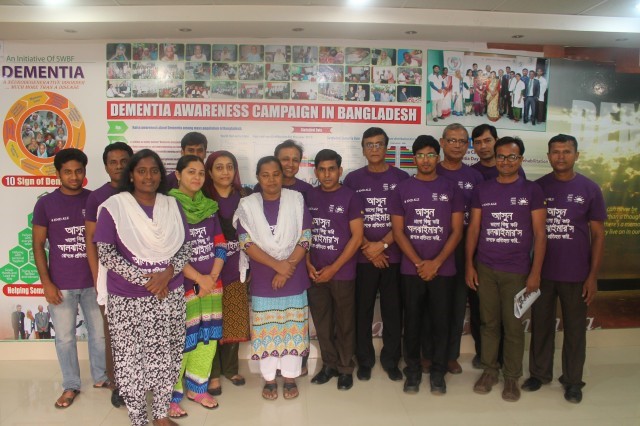 Lets do something good to protect Alzheimer’s disease and save people’s life. A strong initiative of Dementia Bangladesh.